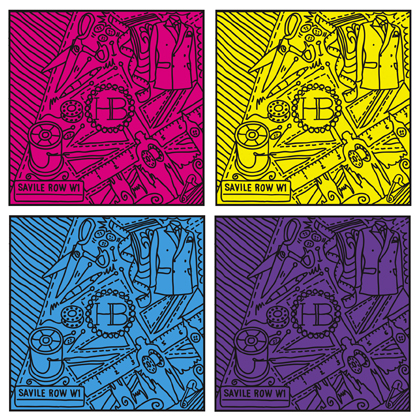 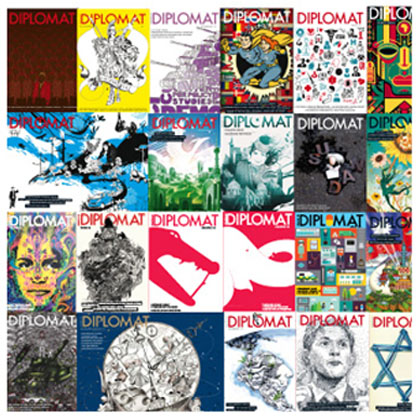 Results: The Covent Gardener is a brand new luxury, quarterly magazine celebrating Covent Garden. Its aim is to shine a light on the London area’s culture and history, to promote its businesses, and to champion its people, featuring commissioned illustrations and photography.

The website which launched along side the magazine allows overseas clients to purchase the magazine.
Click here or below to visit the site.

Underground in Bloom is a Summer campaign set out by Transport For London. Staff from 68 competing stations, depots and train crew sites have been up to their knees in mud, plants and compliments in a bid to grow and display the most beautiful flowers.

Results: To create a simple and fun poster for the team at Covent Garden.

Just received this bottle of whisky where we created the label for Dunvegan Castle’s own brand of MacLeod of MacLeod Malt Whisky.

Brief: Design Diplomat’s February/March 2015 issue and commission the perfect artist to create a cover for the topic of Mozambique.

Solution: Commission Francesco Poroli (this was his second Diplomat cover) to create a colourful, masculine and elegant cover for Diplomt‘s Mozambique country report.

The latest issue of Diplomat has just been sent to the printers and illustrator Russ Tudor was commissioned to create a cover image on the topic of State Visits.

Not only did the issue need to be designed but we thought the National Day calendar page at the back of the magazine needed freshening up (see above) so we commissioned Ivana Nohel to create us an illustration. She also created a very witty illustration to go along side an article on the future of diplomacy. 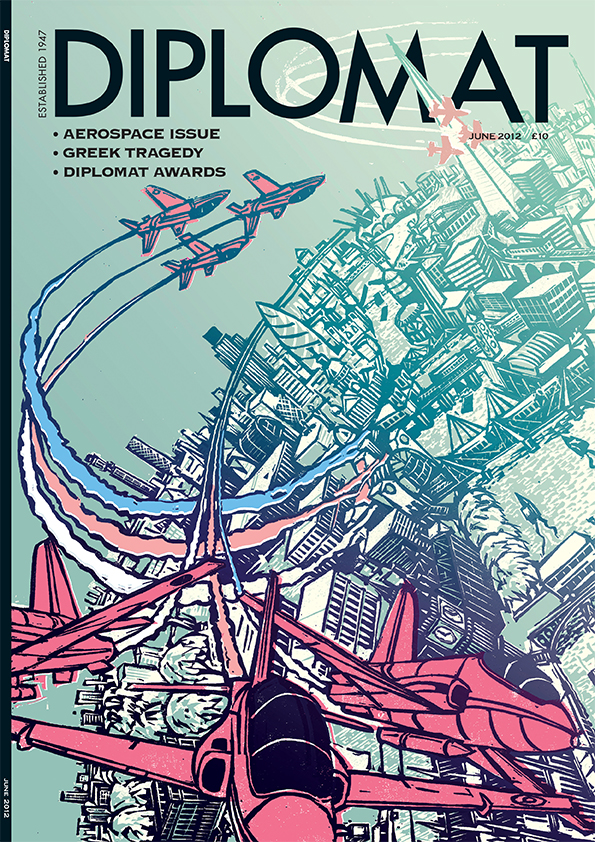 Brief: In need of a cover artist for the June Aerospace issue

Solution: After spotting Tobias Till’s charming set of London A-Z lino prints in an exhibition next to the Royal Albert Hall, I immediately emailed asking if he would consider creating a cover for Diplomat. His London scene with the Red Arrows took roughly three weeks to make. It’s fun, elegant and bold.

Solution: For Diplomat’s December 2011/January 2012 Olympic issue I asked Chris Burke to create a gatefold. Chris always has incredible ideas and for his cover he has Nelson jumping off his column with the Olympic torch ready to relay it onto the concrete Christ the Redeemer of Rio for the games in 2016. He also features Mayor of London, Boris Johnson and Her Majesty the Queen. Chris tells me he had fun creating the cover and it was his first gatefold.  http://www.chrisburke.org.uk/

On June 7th I was lucky enough to join a small group of Ambassadors invited to a preview of the Royal Academy’s Summer Exhibition. We were shown round by Norman Ackroyd RA, who curated two of the rooms in the Exhibition. To my joy the vase David Mach created for the December cover of Diplomat was sitting in prime position in the gallery. Also on the wall was another of David’s masterpieces.

The Exhibition, the world’s largest open-submission exhibition  has over 10,000 entries with 1,000 chosen to display their work. Walking round the show I saw a few other artists I have commissioned including Tobias Till, Gordon Cheung, Quentin Blake and David Oslan. 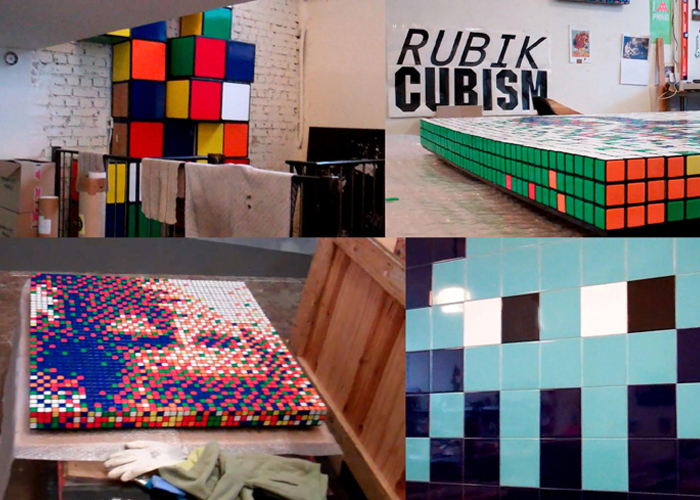 Ever since I had the fortune to commission a cover for Diplomat in October 2009 from one of France’s most colourful exports, Space Invader, I have been on a MISSION to visit his studio. Tuesday 26th of July at 2pm after three years of asking, I can finally say, “mission accomplished!”

Two hours on the Eurostar and a short drive later I was at Invader’s studio, I had been asked not to tell anyone the address. Invader and his team are very private and it is almost unheard of that they entertain visitors.

A chic, softly spoken, French lady greeted me in the studio, which was large and open plan with plenty of light. Mosaics are everywhere… on walls, in containers and spilled on the floor. There are A1 sized mosaics, bubble wrapped and ready to be shipped to a lucky client, heaps of ‘Invader’ trainers in a bucket (the sole of the trainer has an Invader imprint) and stickers stuck to tables. Invader’s studio is as colourful as his work.

Invader started his own version of the Space Invaders game in the mid 1990s in Paris, by creating small, coloured square mosaic tiles forming a space invader character mural. He glues them in cities around the world then documents this as an ‘Invasion’ with books and maps of where to find each Invader. There is a pile of books at the side of the room and I’m told that each will be covered with a mosaic. Every cover is hand made by Invader and every cover will be different. I ask the pretty French lady, who has been working with Invader since the beginning, how he survived financially when he was unknown… (tiles and glue are expensive) she sighs, smiles and says “I do not know how we survived. Invader is focused and passionate. He just HAD to create”.

Invaders’ most expensive piece to date is 50,000 Euros. This is an expensive piece of art although Invader and his team are obviously not just in it for the money. There is a tower sculpture on the table in the middle of the room and when I ask about this work I am told it is for a charity although Invader is not at all happy with this piece, yet.

Invader’s other project is Rubikcubism, which involves artworks being made out of Rubik’s Cubes. He creates well know faces hidden in the art and only when squinting or standing far away can you see who Invader has portrayed. Everyone in the team knows how to get what he or she wants out of a Rubik’s cube, with out cheating and taking the stickers off. I ask about Invader’s ‘Invasion’ of Katmandu in 2008 and his Rubix’s cube piece titled ‘His Holiness the 14th Dalai Lama’, which Invader created as a tribute to exiled Tibetans.

Our host goes on to tell us that the Rubix’s Cubes that make up the face of His Holiness are from China, symbolizing an ideal unity between the Chinese and the Tibetans. Invader is very passionate about promoting causes that touch him.

After 22 years of determination, exploration, obsession and a hell of a lot of glue, Invader has earnt his place not just in graffiti history but art history. Although I didn’t get to meet Invader, (this time) I was and am absolutely thrilled I was able to visit the studio.

Over the past 5 years as a client, I would have no hesitation in recommending Jeannine's design services